SkillSelect – The Independent Body of Government of Australia has issued 1,500 invitations during the latest invitation round held on 11th February 2020 to lodge the visa application on ImmiAccount.

The table below shows the points for candidates who were invited to apply on both subclasses: 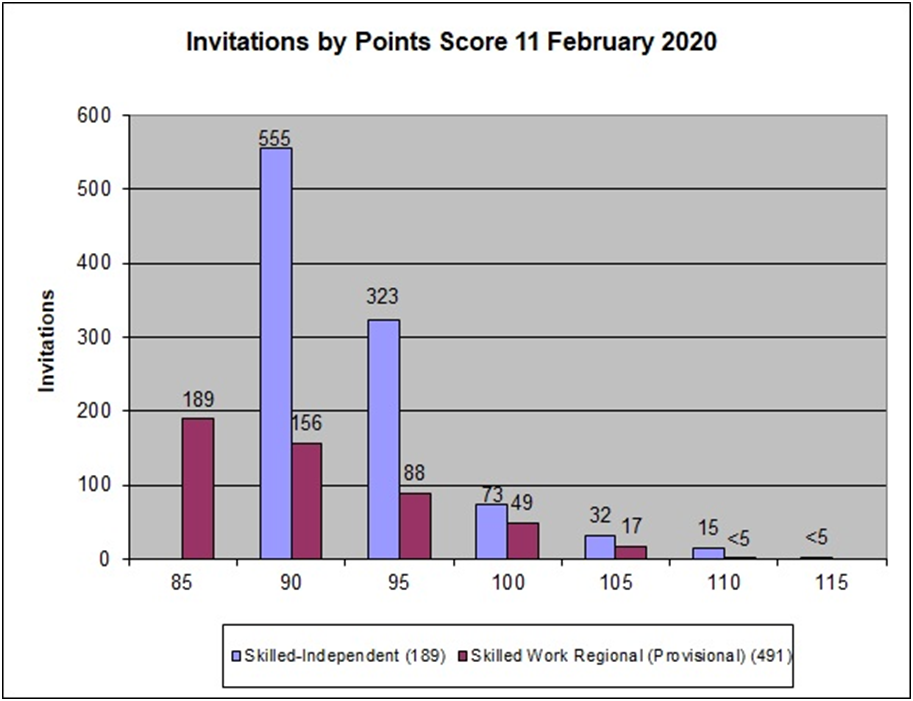 Invitation process and cut offs
The highest ranked candidates by points score are invited to apply for the relevant visa. For candidates who have equal points scores, the time at which they reached their points score for that subclass (referred to as the date of effect) determines their order of invitation. Expressions of Interest with earlier dates of effect are invited before later dates.

Point scores and the dates of effect cut off for the pro rata occupations in the 11 February 2020 invitation round.
Due to high levels of demand, and in keeping with previous years, the below occupation groups will be subject to pro rata arrangements to ensure availability of invitations across the program year.
SkillSelect first allocates available places to Skilled – Independent visas (subclass 189) and then the remaining to Skilled Work Regional (Provisional) visa (subclass 491) – Family Sponsored.

If all places are taken up by subclass 189 visas then there will be no invitations issued for subclass 491 visas in these occupations.

SkillSelect run invitation round once in a month and issue invitations to candidates who submit the Expression of Interest.