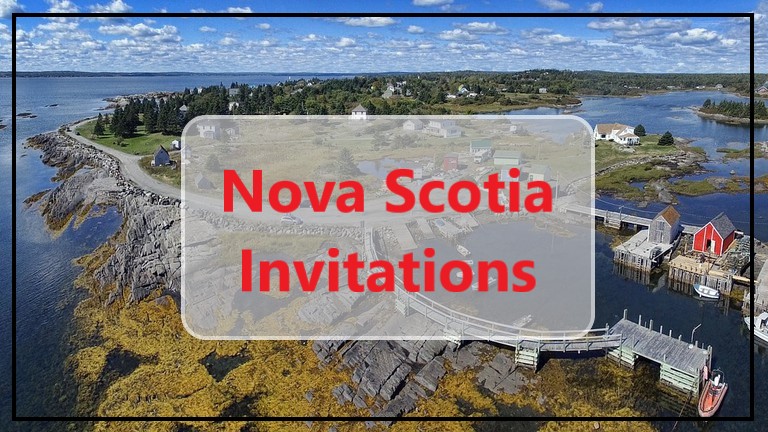 The latest draw was for those Express Entry candidates who were having French skills as their first official language as well as Canadian Language Criteria (CLB) score of 8 or higher in French reading, writing, speaking, and listening skills.

Apart from French language skills, applicants would have a CLB score of at least 6 or higher in English in all four language abilities and either a bachelor’s degree OR have completed a program of three or more years at a university, college, trade or technical school, or other institutes.

Chosen candidates during Nova Scotia held Express Entry Invitations Draw on 27th April 2020 also had to meet the initial criteria for making of Express Entry profile including age, education, skilled work experience, and proficiency in English or French, among others.

Express Entry candidates require to get a nomination from Nova Scotia after applying and if they secure the nomination then they receive an additional 600 points toward their CRS score and are effectively guaranteed an invitation to apply for Canadian permanent residence in a subsequent draw from the Express Entry pool.

Once prospects successfully got a letter of nomination will have 60 days to send a full visa application to the IRCC along with certain proof of documents as a claim with correct visa application fees.

The Canadian province of Nova Scotia had launched this exciting new immigration stream in 2018 through which candidates in the federal Express Entry system who meet Nova Scotia’s provincial labour market needs may be invited to apply for nomination.